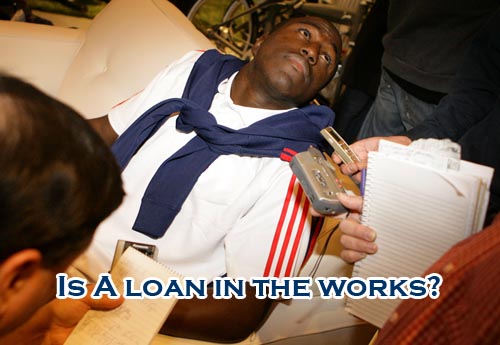 Within the last hour MatchFitUSA.com reported (via the Daily Mail) that Hull City A.F.C. is, “ready to rival Fulham in a bid for highly-rated America striker Jozy Altidore.” It is reported that Hull is prepared to pay around £6.5million ($10.9 million) to get the deal done.

Will he or won’t he be loaned out? That is the million dollar question that has been burning up the blogs over the last two weeks.

On July 11th Goal.com reported that Jozy Altidore was to be sent on loan from Villarreal to the Greek club Olympiakos Piraeus – this did not come to fruition. Then a few weeks later on July 30th USsoccerNews reported that he may be headed to Málaga for the year, also a little rumor that never panned out.

These are only rumors and nothing is confirmed but it is safe to say that speculation regarding an Altidore loan is brewing.

The 15 Most Interesting Photos From LA Galaxy vs FC Barcelona

Now that the hoopla surrounding the LA Galaxy vs FC Barcelona friendly match has subsided we can take a look back and appreciate the scale of this momentous event.

After all…it was the largest soccer game on US soil since the World Cup final in 1994.

Take a look at the pictures after the jump and get ready for FC Barcelona’s upcoming friendly match against the Seattle Sounders on Wednesday, August 5th. END_OF_DOCUMENT_TOKEN_TO_BE_REPLACED

Clint Dempsey Talks About The US National Team

Want Tickets For The US vs El Salvador WC Qualifier?

Of course you do? So, if you plan on being in Sandy, Utah on September 5th to support the U.S. Men’s National Team in their FIFA World Cup qualifier against El Salvador you better pick up tickets when they go on-sale on August 7th, at 12 p.m. MT.

If you’d like to pickup tickets before they go onsale to the general public find out about the presale that started today.

Foxy Argentinian, Luli Fernandez is most well known for being one of the hottest Latin TV hosts on Earth.

There is a good chance you’ve seen her in Maxim or Playboy which confirms that she is perfect WAG material. This is why Real Madrid’s Fernando Gago snapped her up making Fernandez the latest addition to our WAG Power Rank.

Did anyone watching the 2009 Confederations Cup and feel like the games were being played inside a beehive due to the relentless and obnoxious buzzing sound? Yeah me too!

That noise was coming from a plastic instrument called the Vuvuzela which is to South African football what the “wave” is to American stadiums.

The rejection of the ban means Vuvuzelas will be given out at stadiums before each match so you better get used to the sound.